Scotland kept their World Cup qualification dream alive with a nervy but deserved win over Moldova thanks to Lyndon Dykes’ tap-in at Hampden.

Head coach Steve Clarke had suggested Group F had reached a “pivotal” moment and so it could prove after this and Israel’s win over Austria.

Israel sit second, with Scotland up to third before Tuesday’s trip to Vienna.

Clarke had wanted an improved performance as well as the three points against the group’s bottom side but said he would settle for a first win in five outings.

In the end, he got the latter and half a performance, with a first 45 minutes full of vigour before a disjointed second that nevertheless keeps Scotland in the hunt for reaching their first World Cup finals since 1998 at the group’s halfway stage.

Clarke’s team selection reflected his pre-match warning that this was a “must-win” game.

The six changes from Wednesday’s defeat in Denmark added speed and an attacking threat that had the visitors pinned back in their own half for an opening spell in which Moldova head coach Roberto Bordin had promised to frustrate the Scots.

Just as Clarke’s decision to start captain Andy Robertson at right-back in Denmark appeared to backfire, handing Patterson a first start in that position, and likewise Kevin Nisbet up front, proved the undoing of Bordin’s plan.

Captain Igor Armas had returned from suspension for Moldova, but the towering centre-half’s pass was intercepted by Patterson, the Rangers right-back played a one-two with Nisbet and, when his low shot could only be palmed clear by goalkeeper Cristian Avram, Dykes was presented with a simple tap-in at the back post.

A wave of blue was now flowing towards the visiting goal and Kieran Tierney ought to have done better than have a downward close-range header touched over by Avram and likewise Robertson fired wastefully over.

Scotland were almost made to pay for those misses when midfielder Mihail Ghecev fired a yard wide and defender Maxim Potirniche’s header threatened the back post.

There were further tense moments for the home side early in the second half before Billy Gilmour, who was otherwise excellently marshalling the midfield, somehow fired wide with only Avram to beat.

Ryan Christie did likewise, shooting over after being set up by substitute David Turnbull before a busy Hampden Park breathed a collective sigh of relief as their team survived a late flurry of desperate pressure from visitors ranked a lowly 175th in the world.

Man of the match – Billy Gilmour

What did we learn?

Scotland had scored once in four games without a victory before defeating Moldova and goals remain the Achilles heel for Clarke’s side.

However, they have given themselves a fighting chance of finishing runners-up behind a Denmark side who now appear out of sight, five points clear at the top.

Patterson shook off early nerves to give Clarke food for thought at right-back even once Stephen O’Donnell is fully fit, while Nisbet proved himself at this level with his part in the goal.

Dykes at times was anonymous, but with four goals in his last five games for club and country, the Queens Park Rangers striker is the match winner Scotland might need in Austria.

“We had to win the game tonight otherwise Tuesday would probably be a dead rubber. You always need that second to avoid that nervy five minutes at the end.

Scotland travel to face an Austria side in Vienna on Wednesday (19:45 BST) who will be smarting from their 5-2 humbling in Israel. 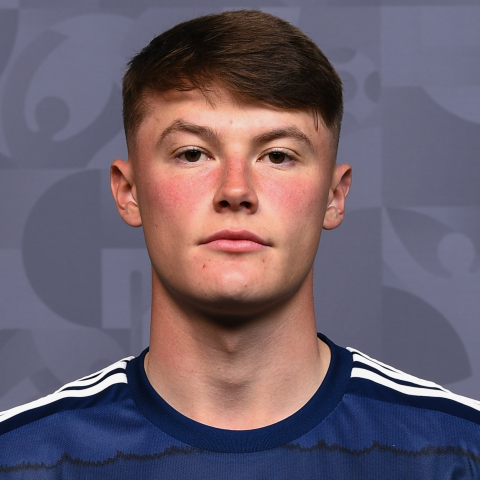