With Pogba’s Manchester United contract set to expire next summer, the club are prepared to offer a £400,000-a-week deal to make him the highest paid Premier League player of all time. (Express)

Midfielder Jesse Lingard, 28, and defender Eric Bailly, 27, are among seven players who could be sold by Manchester United in a January clearout. (Sun)

Chelsea will go head-to-head with Juventus for Monaco’s France under-21 midfielder Aurelien Tchouameni, 21, in January. (Tuttomercatoweb – in Italian)

Liverpool, Tottenham and Juventus are set to battle it out for Bayern Munich and France winger Kingsley Coman, 25. (Fichajes – in Spanish)

Chelsea are also interested in Coman after Bayern Munich’s ex-sporting director tipped him to leave the club. (Mirror)

Barcelona head Ronald Koeman does not know what his future holds amid reports that president Joan Laporta is drawing up a list of replacements. (Express)

Tottenham striker Harry Kane, 28, may still be feeling the effects of his failed Manchester City transfer this summer. (TalkSport)

Juventus were set to sign Gianluigi Donnarumma, 22, on a free from AC Milan this summer, but had to withdraw due to financial reasons, allowing Paris St-Germain to swoop in. (Goal)

Manchester United are in contact with England midfielder Jesse Lingard, 28, over a new contract. Bruno Fernandes and Luke Shaw are also on the club’s ‘contract list’. (Fabrizio Romano)

Arsenal are lining up a £20m bid for Dutch Under-21 and Club Bruges winger Noa Lang, 22. (Fichajes via Mirror) 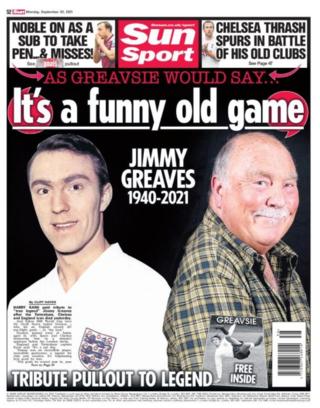