Newcastle United are in the picture for Borussia Dortmund striker Erling Braut Haaland, with the 21-year-old Norway international also wanted by Real Madrid, Manchester City and Paris St-Germain. (AS, via Sport Witness)

Newcastle have a planned budget of just £50m for the first window under their Saudi Arabian owners. (Sunday Telegraph)

Manchester United have set aside £70m for the next transfer window, which will be available as long as they feel they can sustain a genuine Premier League title challenge. (Star Sunday)

Sevilla defender Jules Kounde has asked his agent to negotiate with Manchester United, with the 22-year-old France international also a target for Chelsea and Real Madrid. (El Nacional – in Spanish)

Chelsea and Germany defender Antonio Rudiger, 28, wants £400,000 per week to sign a new deal at Stamford Bridge. (Mail on Sunday)

Robert Lewandowski’s agent says Manchester City is a “possible destination” for the 33-year-old Poland and Bayern Munich striker in the future. (Bild, via Star on Sunday)

Former Barcelona defender Dani Alves has offered to rejoin the club on a ‘low-cost’ deal. The 38-year-old Brazil international is a free agent after terminating his contract with Sao Paolo in September. (AS – in Spanish)

Liverpool have joined the race for 22-year-old Club Bruges and Netherlands forward Noa Lang alongside Arsenal and Leeds. (Calciomercato, via Teamtalk)

Chelsea may have to reverse their decision to send Scotland midfielder Billy Gilmour, 20, out on loan to Norwich after Canaries manager Daniel Farke said “we are not here to develop players for other clubs”. (Sunday Express) 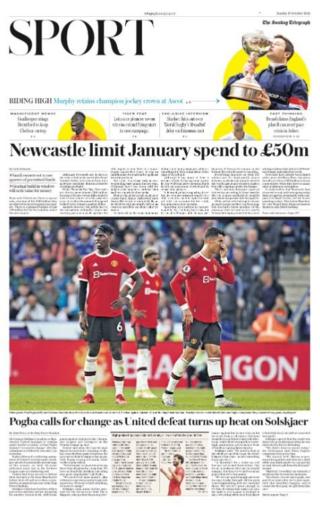