France striker Kylian Mbappe, 23, is believed to have had his head turned when it comes to moving to Liverpool after being underwhelmed by Real Madrid’s display during their Champions League match with Paris St-Germain. (Sport, via Star)

However, PSG are ready to make Mbappe the world’s highest-paid player with a basic wage of close to £1m a week to stop him from leaving. (Independent)

Real Madrid are lining up a summer move to bring Arsenal’s 24-year-old Scottish left-back Kieran Tierney to the Bernabeu. (Calciomercato, via Sun)

Manchester City are closing in on signing Brazilian winger Savio from Atletico Mineiro, with medical tests now booked for the 17-year-old. (Fabrizio Romano)

Manchester United still expect France midfielder Paul Pogba, 28, to leave the club at the end of the season when his contract expires. (Manchester Evening News)

American former Red Bull Salzburg and RB Leipzig boss Jesse Marsch is the first choice of Leeds United to succeed Marcelo Bielsa, 66, in the summer should the club and their famous Argentine manager decide to call it a day. (Telegraph)

After multiple failed attempts to sign 22-year-old Dutch defender Sven Botman from Lille in the January transfer window, Newcastle United are already in discussions about a summer move. (Mirror)

There are currently no talks between Chelsea and Antonio Rudiger’s representatives over a new contract for the 28-year-old German defender. (Sky Sports)

AC Milan have joined Borussia Dortmund and Barcelona in the race to sign Morocco right-back Noussair Mazraoui, 24, who has said he will leave Ajax when his contract expires in the summer. (Fabrizio Romano)

Bayern Munich will look to replace striker Robert Lewandowski, 33, with Ajax and Ivory Coast forward Sebastien Haller, 27, should the Poland international leave in the summer. (Fichajes – in Spanish)

Bayern are still in negotiations with Germany winger Serge Gnabry, 26, over a new deal. (Kicker) 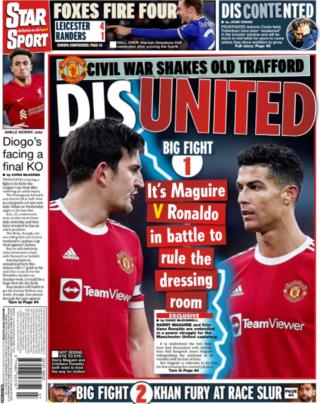