It is the stuff of management dreams – a blank cheque to build the most exciting young starting XI in world football.

But that is exactly what new BBC Sounds podcast Wunderkids is offering, in fantasy form at least, over its 11 episodes. The first three episodes are available to listen to now.

The Wunderkids team, in conjunction with BBC Sport, have come up with 11 players – and presenter Steve Crossman will be joined by experts to discuss the latest inclusion, with one new player revealed each week.

Kaiky, who turned 18 last month, is the latest wonderkid to come through the Santos youth academy.

But unlike Pele, Neymar, Robinho or Rodrygo, he is a centre-back who is also capable of playing in holding midfield.

Among his heroes are Paris St-Germain defenders Marquinhos and Sergio Ramos.

He has already played 45 times for Santos – scoring just once, but that goal made him the youngest Brazilian to net in the Copa Libertadores at the time.

In February, it emerged Barcelona have first option on Kaiky and Santos team-mate Angelo.

What does the expert say?

“He had a breathing problem – kind of like bronchitis or asthma – when he was younger. Usually people in Brazil go swimming a lot and, like every kid in the country, he liked playing football too. Swimming was quickly discarded after his father noticed he could control with both feet and he saw something different there.

“He’s a very humble kid like many Brazilian footballers but what’s interesting is he only turned 18 last month. He’s a mature kid, like an old person in a young boy’s body – very calm.

“He reminds me a lot of Marquinhos, not only because of his maturity but also the way he can play in midfield. He can score too. The kid is special. Whether he’s going to be like Marquinhos and have a successful career is another story. It’s very early but signs are promising.

“He has a role model – Sergio Ramos. There were conversations about him joining Barcelona, and Barca having first refusal. If he joins and his childhood idol is Ramos, that won’t go down well with Catalan fans.

“He has been used as a holding midfielder. That will be very important for him when he moves to Europe. As a Brazil fan, I hope he stays as a defender because we need quality centre-backs but I won’t be surprised if he ends up playing in another position. He’s the cornerstone of the Santos defence.

“He’s breaking a mould. To have a young defender coming through the ranks is something very exciting. His contract expires next season, and they’re trying to hold on to him.”

What does the fan say?

“Being a Santos fan is wonderful as there are always promising wonderkids coming through. As they say in Santos, it’s like lightning has struck four times – Pele, Robinho, Neymar and Rodrygo are all products of the academy.

“Kaiky has already established himself in the first team. I first saw him in 2016 when I lived in Santos. He’s considered one of the best centre-back talents in recent years.

“He’s a fearless, strong and agile centre-back with good pace and technique. My favourite trick is his superb long passes, which often lead to assists. He makes everything look too easy and plays way beyond his age. Ramos is a natural comparison.” 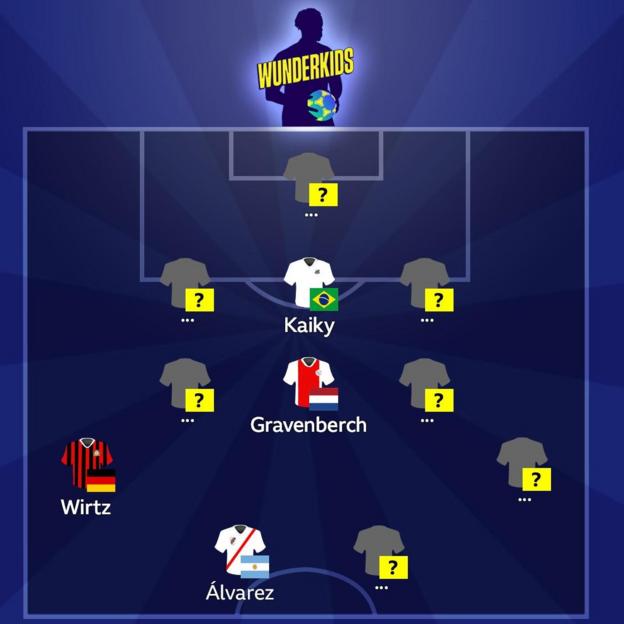