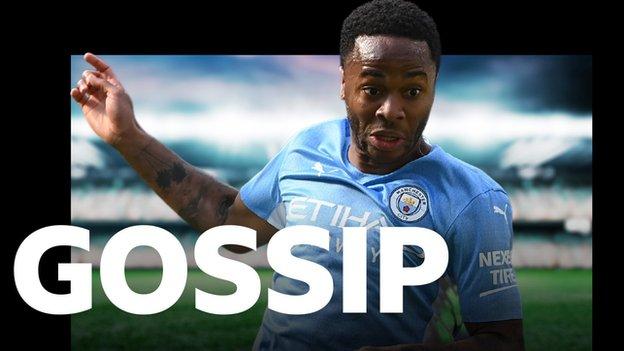 Arsenal are ready to explore a move for England forward Raheem Sterling if Manchester City agree to sell the 27-year-old this summer, when he will have one year left on his contract. (Telegraph – subscription required)

Bayern Munich are planning a summer move for Liverpool and Senegal forward Sadio Mane, 30, with the German giants having already made contact with the player’s agent. (Sky Germany via Metro)

Liverpool’s Alex Oxlade-Chamberlain, 28, fears for his Anfield future, as he has not being approached about a new deal and has not played for the club since 20 March. The English midfielder is under contract until next summer. (Mail)

France midfielder Paul Pogba, whose contract with Manchester United runs out in the summer, has told Manchester City he does not intend to join them as the 29-year-old is believed to favour an offer from another club. (Athletic, via Mirror)

Chelsea boss Thomas Tuchel is expected to be told that he will receive the backing of the club’s incoming owners. (Telegraph – subscription required)

Newcastle United boss Eddie Howe will listen to offers for up to 10 players in the summer including captain Jamaal Lascelles, with the English defender, 28, falling down the pecking order at the club. (Sun)

Chelsea defender Jake Clarke-Salter, 24, is wanted by Leeds United and PSV Eindhoven after impressing on loan at Championship side Coventry City. The former England Under-21 international is nearing the end of his present deal at Stamford Bridge. (Sun)

Barcelona boss Xavi says their financial position ruled them out of a move for 21-year-old Norway striker Erling Haaland, who is set to join Manchester City from Borussia Dortmund. (ESPN)

Red Bull Salzburg and Germany striker Karim Adeyemi, 20, is close to a move to Borussia Dortmund after Manchester United failed in a move, his agent says. (Metro)

Sunderland are plotting a move to sign Jobe Bellingham – the younger brother of Borussia Dortmund and England midfielder Jude – from Birmingham. The 16-year-old England youth international became the Blues second-youngest debutant in January, with the record held by his sibling. (Mail)

Championship side Birmingham City are close to being bought by a British businessman, while the position of the club’s manager, Lee Bowyer, is under threat. (Telegraph – subscription required)

Middlesbrough are prepared to let English keepers Joe Lumley, 27, and Luke Daniels, 34, leave during the summer, with both players having a year left on their contracts with the club. (Football Insider) 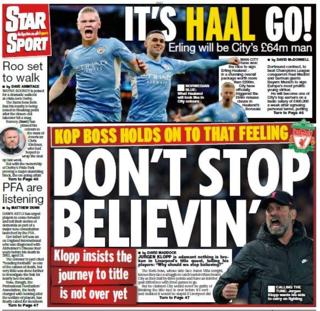