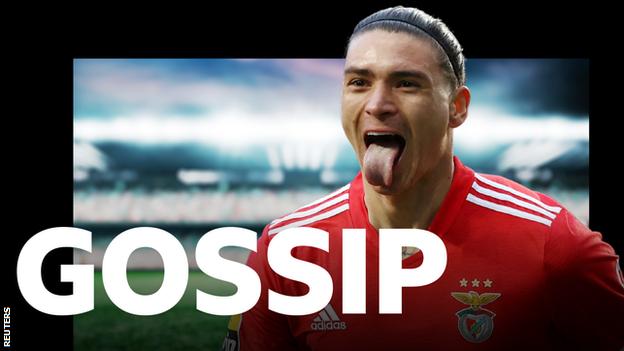 Liverpool have been told it will take a club-record fee of about £85m to sign Uruguay striker Darwin Nunez, 22, from Benfica. (Times – subscription required)

Liverpool are prepared to break their transfer record to beat off competition from Atletico Madrid and Manchester United for Nunez. (Mail)

Or, Manchester United and Newcastle are the two teams closest to signing Nunez. (Sebastian Giovanelli via Star)

Manchester City have denied suggestions they are set to move for Arsenal and England forward Bukayo Saka, 20. (Mirror)

Chelsea and Tottenham are set to rival each other for the signature of 27-year-old Inter Milan and Slovakia defender Milan Skriniar. (Daily Mail)

Tottenham have opened discussions with Manchester United and England forward Marcus Rashford, 24, over a move to north London. (Caught Offside)

Arsenal are confident they can sign Leicester City and Belgium midfielder Youri Tielemans with no Champions League-qualified club interested in the 25-year-old. (Daily Mail)

Everton have earmarked Tottenham and England midfielder Harry Winks, 26, as a possible summer signing. (the Telegraph)

Chelsea manager Thomas Tuchel has been promised he can take the lead on transfer business by new owner Todd Boehly in a move designed to model Manchester City and Liverpool. (Telegraph – subscription required)

Brighton and Mali midfielder Yves Bissouma, 25, is no longer on Aston Villa’s list of transfer targets. However, Villa boss Steven Gerrard may still look for a new central midfielder this summer. (Athletic)

Poland striker Robert Lewandowski, 33, has told a Polish podcast he is leaving Bayern Munich because he wants “more emotions” in his life and the German champions “didn’t want to listen to me to the end”. (Bild – in German) 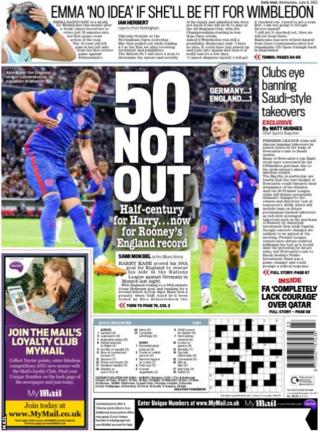